Create an Account - Increase your productivity, customize your experience, and engage in information you care about.

Originally, the area was the home of Kiowa, Cheyenne, Comanche and Arapahoe tribes. The town was established in 1887 when the railroad came in from Kiowa, Kansas. Located in the western quadrant of the Cherokee Outlet, the town began 6 years before the uutlet was officially opened to non-Indian settlers. It was needed as a provisioning point for Fort Supply, located 12 miles to the northwest. Woodward has been a trade center ever since.

The railroad made Woodward a stop on the Great Western Cattle Trail, and Woodward’s importance grew as the depot shipped thousands of head of cattle back east. Woodward soon got a reputation as a rough-and-tumble frontier town, and tales of the gunfights of the famous Temple Houston are still told today. The population grew even more after the Land Run of 1893, when the government opened up unassigned lands to white settlers. 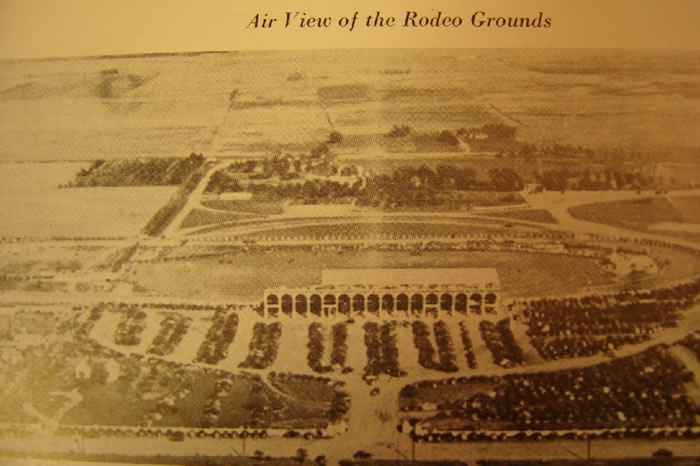 The open range ended in 1901, and cattle were soon replaced by farm crops, the most important being wheat. It wasn't long before the cattle market rebounded, and vibrant economy still exists for both livestock and agriculture.

By 1930, Woodward’s population had grown to 5,056 residents. During the Great Depression, local Works Progress Administration projects included the damming of an artesian well (a failed oil well venture) to form Crystal Beach Lake and its adjacent park. This facility would become a playground for Woodward’s trade area and home for the Elks Rodeo, which began in 1929.

Organizers were some of the men who had ridden for the big ranch outfits in the 1800s. In 1933, the Woodward Livestock Auction opened the first commercial-grade cattle auction in Oklahoma.

Woodward’s story forever changed the night of April 9, 1947 when a tornado ripped across the city shortly after 8:30 p.m. The storm destroyed 200 city blocks and killed more than 100 people. History would now be measured as having happened before or after the tornado. Woodward continued to grow despite the tragedy, with the 1950 census showing a population of 5,915.

In late November 1956, Woodward began a new adventure - oil and gas production. McCormick #1 became the country’s discovery gas well, and a boom of more than twenty years followed. Main Street and Oklahoma Avenue site ached west to the “Oil Patch.” Today, the energy industry is more important than ever to Woodward, as new production techniques and higher prices have brought another oil boom. Woodward is also leading the way in ‘green’ technology. More than 450 wind-powered turbines line the hills of Woodward, generating power and employing hundreds in the area.